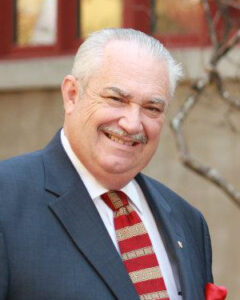 Tim was born on April 11, 1949, in Phoenix, Arizona to Jack and Evelyn Hutton, the youngest of 4. When he was 6 months old his family moved to Abilene, Texas making him a true Texan. Graduating from Turkey Texas in 1967, he attended West Texas State University. Tim met and married the love of his life, Gloria Aston on January 18, 1969 in Dexter, New Mexico. Soon after, the couple moved to Mississippi where Tim became an ordained minister, and was dedicated to showing God’s love by serving people. He continued this lifestyle when he co-founded Demicell and Hutton in 1990 with Albert D. Demicell, Jr (Bert).

In 2000, Bert retired. After years of service in the financial industry, Tim created and founded Hutton Financial Advisors with his son and partner, Paul. Serving as a mentor to many of his friends and acquaintances and developing lasting friendships with his clients, Tim’s purpose was to bless and help others in his everyday life; thus he established The Hutton Foundation to empower others in need.  Family was very important to Tim and his grandchildren were the highlight of his life. Everyone that knew him knew of their escapades.

Check The Background Of This Investment Professional On FINRA's Broker Check